I’m sure you’ve heard already that two builds of Duke Nukem Forever from 2001 have leaked. One from August and another from October. The August build is unfortunately missing content but still gives a glimpse at a slightly earlier state of the game.

If you’ve perhaps been living under a rock, the drop is available here. There’s a little under 500 maps to look at here.

I’d had the best success running it by plonking the contents of the October directory under a C:\DNF\ location and then applying the ‘megapatch’ on top of it. If it fails to run the first time, just try again.

Also worth adding that, unlike most Unreal Engine based games, your user config is stored under the Players directory, which will then depend on which profile you selected. So if you want to make any tweaks, such as forcing fullscreen or windowed, or whatever, then that’s the place to do it. 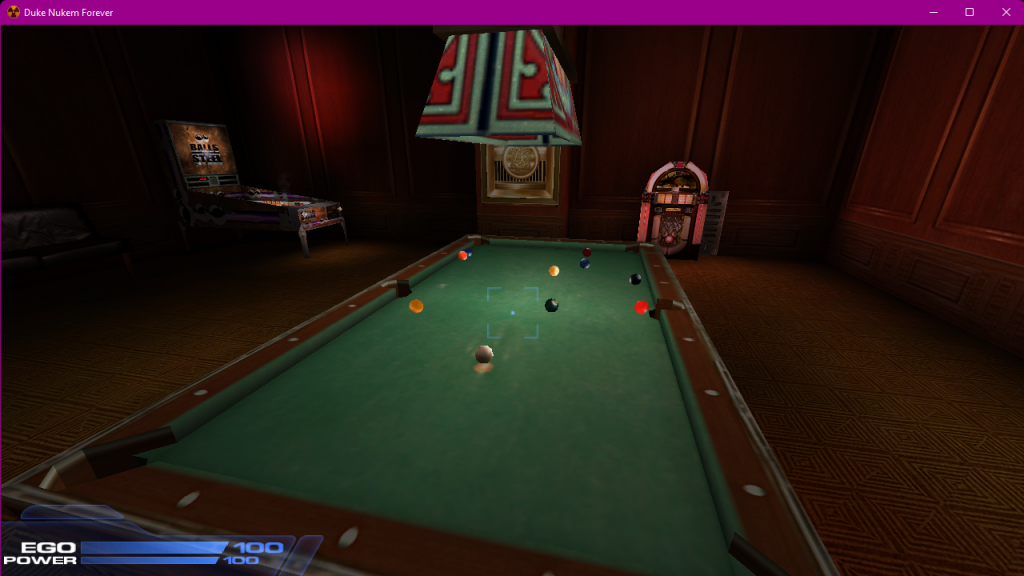 A working pool table and pinball machine - which work pretty much the same as they do in the final game.

It seems to be possible to finish the first chapter from start to end, however other chapters are in a rougher and rougher state the further into the game you go. It gives the impression that the chapters were being worked on in order. 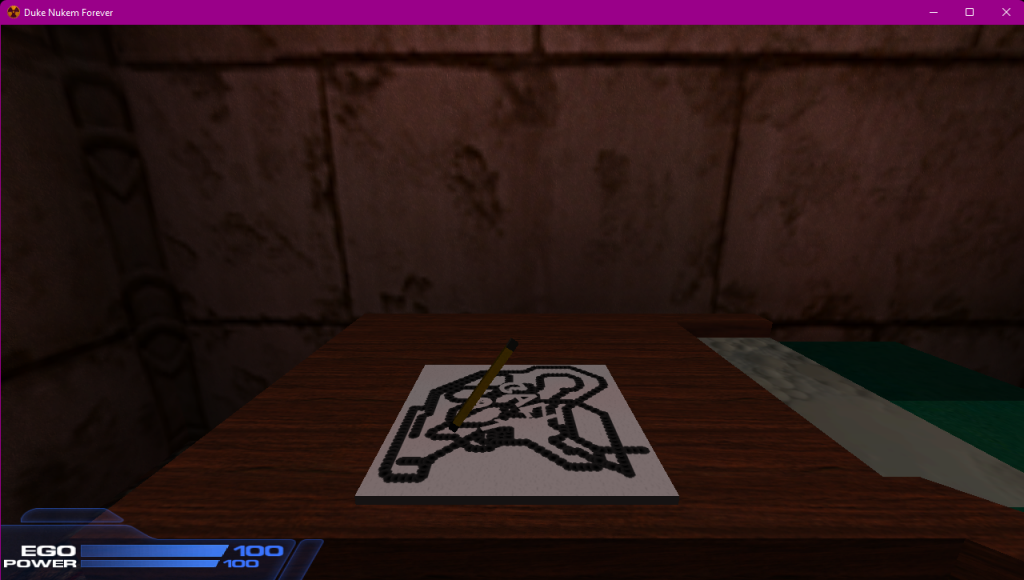 There are a lot of interesting maps demonstrating various “features”, though whether these would’ve found their way into the game or were just simple experiments, we don’t know.

Because of what’s here, which is more than many expected, it’s interesting seeing all the percentages and estimates people have been throwing around as to how close this was to being a shipped project (myself included.) But at the end of the day, we weren’t there and don’t know the specific constraints or internal thought processes of the people involved - it’s why it’s been a shame to see quite a bit of renewed drama arise from this, and it seems even the founders of 3D Realms are getting into a bit of a finger-pointing match.

Personally I think it’s better to celebrate the fact that this work can finally be appreciated, experienced and preserved, or to just keep silent on the matter.

Also as much as it would be great to see the community “finish” this, it is a bit of a Half-Life 2 leak situation, in which there are no doubt going to be different interpretations or visions. And thus far I’m not aware of any coherent effort to actually pursue completing the project beyond some very vague fledgling projects and trivial bug fixes. So I think expectations should be tempered there. 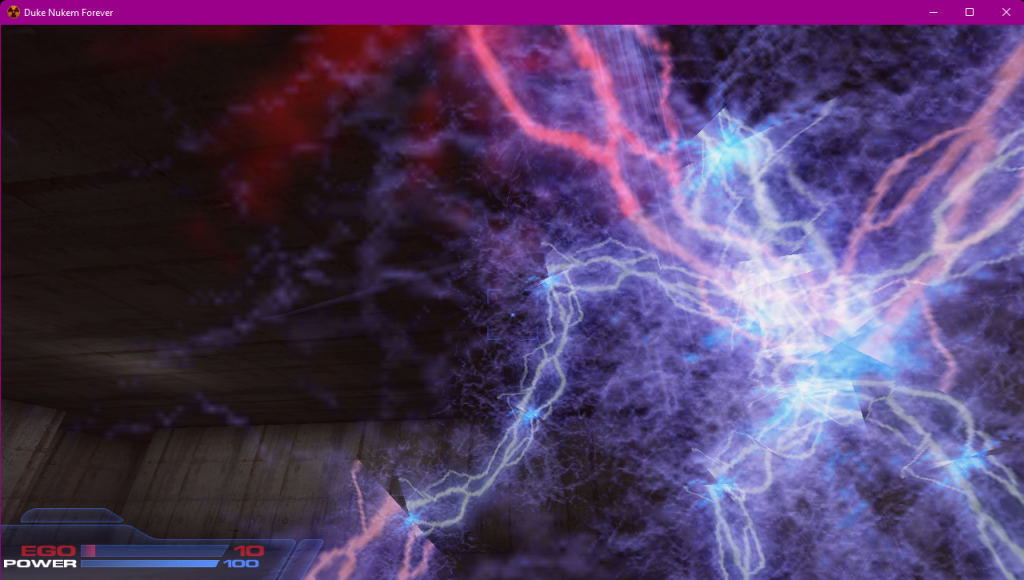 One thing that’s been a little disappointing is that the timestamps were not retained in the drop we received. Fortunately, after a little investigation, it turned out that the CPJ files, which are the Cannibal (Duke Nukem Forever’s model editor) Project files, actually store timestamps so I whipped up a tool to dump them.

None of these timestamps go further back than 2000, so I suppose either the CPJ format was introduced in that year or didn’t record timestamps prior to that time. 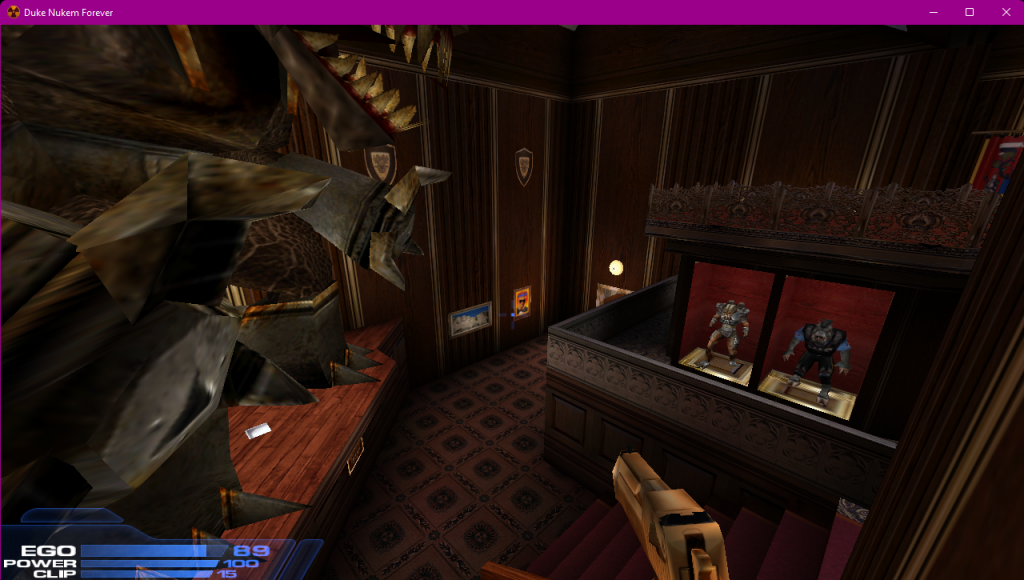 A similar area to this is seen in the final game; something of a museum or gallery to the Duke’s exploits.

Part of me was hoping that some code or assets would’ve been recycled from Prey, or left amongst the files for whatever reason, but alas, thus far there’s been nothing I’ve stumbled upon.

I don’t have much more to say about it other than it’s still processing in my mind that this has seen the light of day and that I’d recommend checking it out.

An update! So I’d originally done a very quick scan through via UnrealEd for textures and didn’t see anything. Stupidly called it a day. However it looks like DevilMaster found a few textures which kicked me to take a look, and indeed, it looks like there are quite a few textures from Prey amongst the files.

Above is just some of those textures, because there are a lot more I’m not 100% sure on. Many of those that appear to be from Prey are appended with ‘sah’, which I can only guess is Stephen A. Hornback whom was a texture artist on Prey back when 3D Realms were developing it in-house.